A dry line was beginning to form on the racing line; off that line it was still treacherously wet.

The ideal dry tyre strategy seems to be a 2-stop of Option, Prime, Option

This is a track where tyre wear and engine wear need to be the top concerns for the drivers.

The top 10 in Qualifying were:

As the lights went out, those on the racing line got away well, with the right hand side of the grid getting bogged down because of the water on the track. As the field headed into turns 1 and 2, Adam Maguire quickly found out how little grip there was out on track and he lost the back end and headed into the wall, retiring from P2.

The field started to divide into the top 6 and everyone else. Daniel Brewer had opted to start the race on the Prime tyre and with the only dry part of the track being the racing line, drivers found it very difficult to get past. Despite this, D’Alessandro overtook John-Eric Saxen on lap 3.

Meanwhile, Championship leader Patel found it hard early on to get past Daniel Brewer due to the wet track. But on lap 10, Patel disconnected from the server and was out of the race. D'Alessandro retired on the same lap through suspension damage.

Fran Lopez had the consistency on the option tyres in the first stint, slowly opening up the gap from Michi Hoyer. The gap would reach just over three seconds at the end of the stint.

Lopez, Hoyer, Francesconi, van Buren all pit on same lap. Lopez rejoins the track on the option tyres, but the rest of that pack rejoin on the Prime tyre. Though after leaving the pitlane, Lopez seemed to be suffering with an overheating engine. Kiss pitted a lap later from the lead and rejoined in P6 on the Prime tyre. A lap after Kiss, Martin Gosbee pitted from the lead and rejoined in front of Hoyer.

Daniel Brewer, on the Prime tyre, took the lead. Eventually, Brewer pitted from the lead and rejoined in P9 on the Option tyre. He then starts the fastest laps of the race as the track start to dry.

Elsewhere on the track, Brewer started closing in on Rudy van Buren. Brewer went on the option tyres in the middle stint which enabled him to close in but could not find a way past.

At the front, Lopez on the Option tyre started to lose time to Gosbee on Primes and decided to pit from the lead. The stop saw him rejoin in P7.

But there was drama on the back straight!

Lopez's engine let go and he retired from the lead; Gosbee would take the lead.

"I spent the entire race shortshifting a bit, and trying to keep the temperatures low"

"I'm the only one affected, so it shouldn't be a problem for anyone else”

Hoyer, Francesconi, Brewer all pit together:

Hoyer rejoined in P5 on Options

Francesconi rejoined in P6 on Options

Brewer lost out, he rejoined in P10 on Options

Kiss, van Buren, Stefanko all pit at the same time. They all put on the Option tyre. They all rejoined as they entered.

Gosbee pitted from the lead and rejoined comfortably in the lead on Options. Martin Gosbee looked in the zone in the last stint of the race as he started to open up the gap to Hoyer gradually.

Simoncic pitted with 8 laps to go from P5. He rejoined in P8 for his mandatory Option stint. Simoncic then set his sights on making up lost time and started setting the timing screen alight. He passed Stefanko for P7 and then started to chase down P6 in the form of Daniel Brewer.

But with 2 laps to go, there was drama! Simoncic and Brewer collided through Becketts! Brewer and Simoncic tried to make two into one, however it didn't go. Brewer careers towards the wall. He’s out.

Simoncic was able to carry on, but he had to limp home.

And after 52 laps, Martin Gosbee took the win! 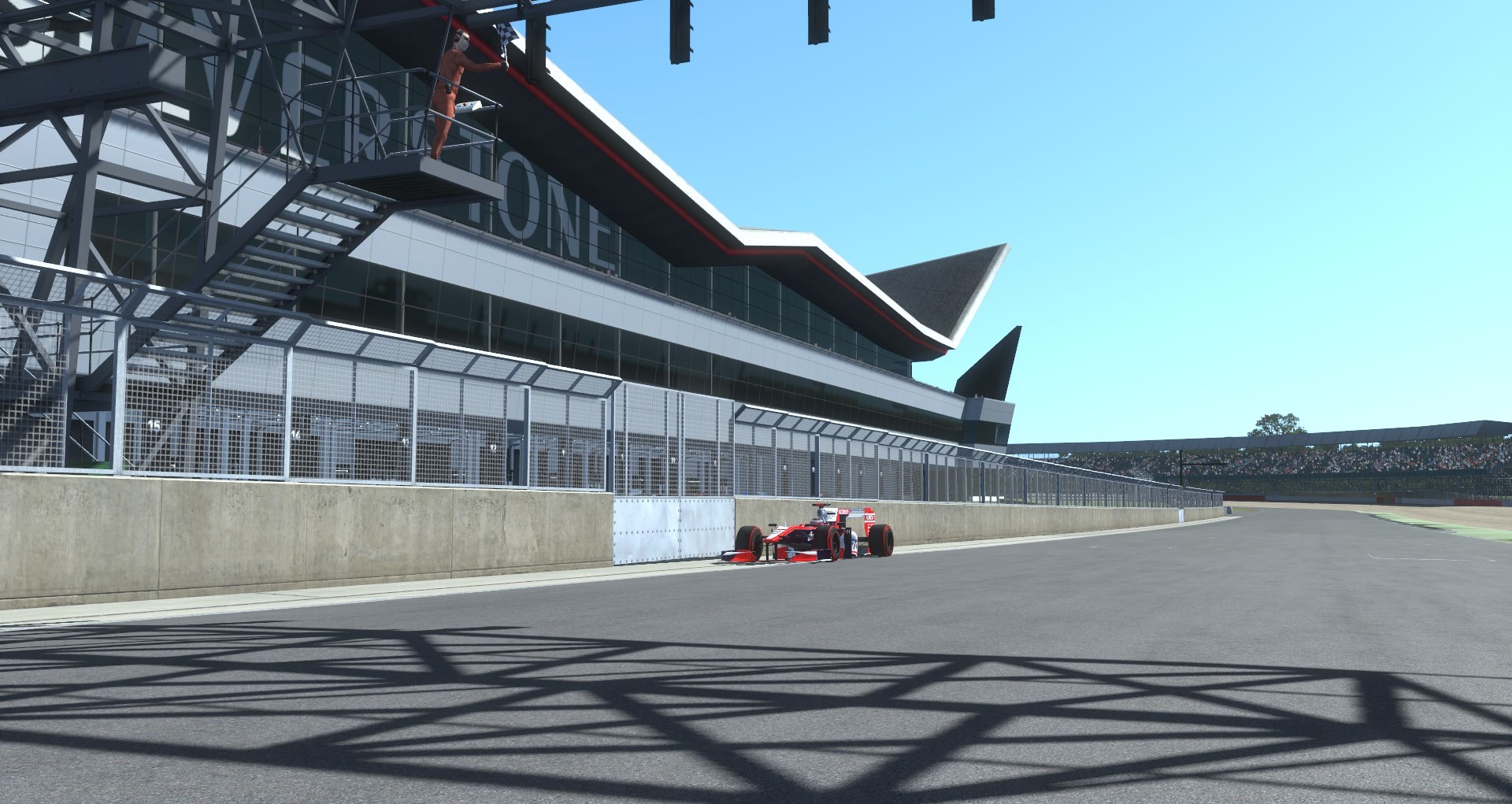 But behind him, it wasn't over! Hoyer made a mistake on the last lap, which allowed Kiss to close up into Chapel but Hoyer just about held off Kiss for second place!

The full result was as follows:

After this race, Patel's lead at the top comes down.

Full Drivers' and Constructors' standings can be found here.

The next race is at the Hockenheimring on June 3rd.